I did this post for 2019 book releases last year and I really liked it so I thought I would do it again for the 2020 releases. Basically, I get to talk about all the new releases I’ve read over the past year. Obviously, I am VERY thankful to have had access to all these books and I can’t wait to share my thoughts so shall we begin?

You Should See Me In A Crown by Leah Johnson 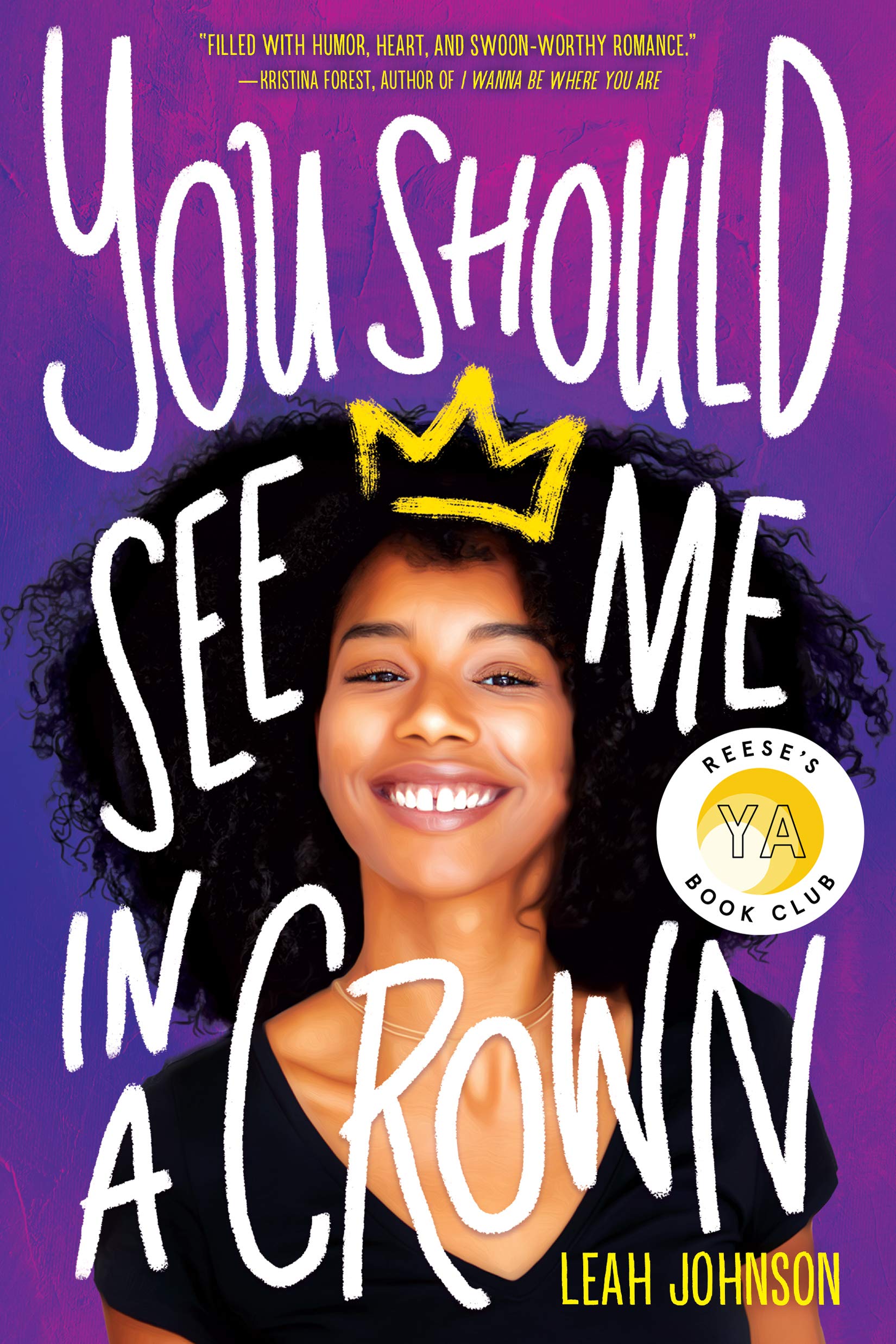 I only picked this one up as I had seen many of my friends love it and it was available on my Scribd account. This was definitely a ‘the-hype-made-me-do-it’ read, and it was worth it. It was a super binge-able book that I devoured.

It was very entertaining through the prom queen plotline, the fun antics and the truly lovable and engaging personalities. BUT the entertainment didn’t take away from serious and emotional discussions which really added a depth to the novel as a whole. It had the added bonus of having a super *cute* romance with one of my new favourite first kiss scenes. Basically, an excellent book that needs a movie adaptation.

That Can Be Arranged: A Muslim Love Story by Huda Fahmy

This was a short graphic novel story that delivered on every aspect really. It was funny, fast-paced, entertaining and even educational for me really I would say. I think everyone should read it honestly, it was one of those books.

The House in The Cerulean Sea by T. J. Klune I think is my most unpopular opinion of the year as nearly everyone I know has rated it 5 stars but for me, it was a 3-star read. Now a 3-star read means it was good and I’m glad I read it (I would definitely go see the movie too) but I didn’t love it. I will say I didn’t get on with the narrator for the audiobook so that might have affected my experience.

I think young children in books interacting with adults either works for me or doesn’t, and sadly this was a case of it didn’t. I just found them slightly, only slightly, annoying at times. I think I’m just allergic to happiness, but I didn’t mesh with the relationships in the book. Plus, I felt like it was a little too long but that may just be because I wasn’t as invested as I wanted to be with the characters. Overall, I still found it to be a happy, sweet read with some great and important themes. I just wish I was more connected to it as a whole.

I decided I wanted to check out more middle grade stories last year and I really favoured them on audio as they are usually shorter reads which I like on audio. So, as I was browsing my library, I came across this one. I think it was able to tackle a lot of themes alongside the anticipation of the fencing competition which gave it that entertainment side which would appeal to younger audiences whilst conveying an impactful message.

I thought this book was really good at having those sentences where it describes a wider issue really well, so you kind of had bite-size impactful conversations throughout which is what I remember most from this book. I only wish I was more connected to the characters (I don’t know if this was because I listened on audio) but, otherwise, a solid read.

I am a BIG fan of Ness’ works and yet I rate a fair few of his works 3 stars, which I did for this one. I think even if I don’t love the plot or characters, I’m always captivated to see what he is going to do and the language he uses as his writing is SO stunning.

I was really eager to see the concept of dragons in this 1957 setting. It did deliver on this and it was definitely a Ness book, it was odd and changes in way I couldn’t have anticipated so I was always interested. I just didn’t find myself invested in the characters, but I still liked the different perspectives we got and the ultimate message it gave. I think the best way I can describe it is a unique read I’m glad I read but I will only read it once.

Clap When You Land by Elizabeth Acevedo 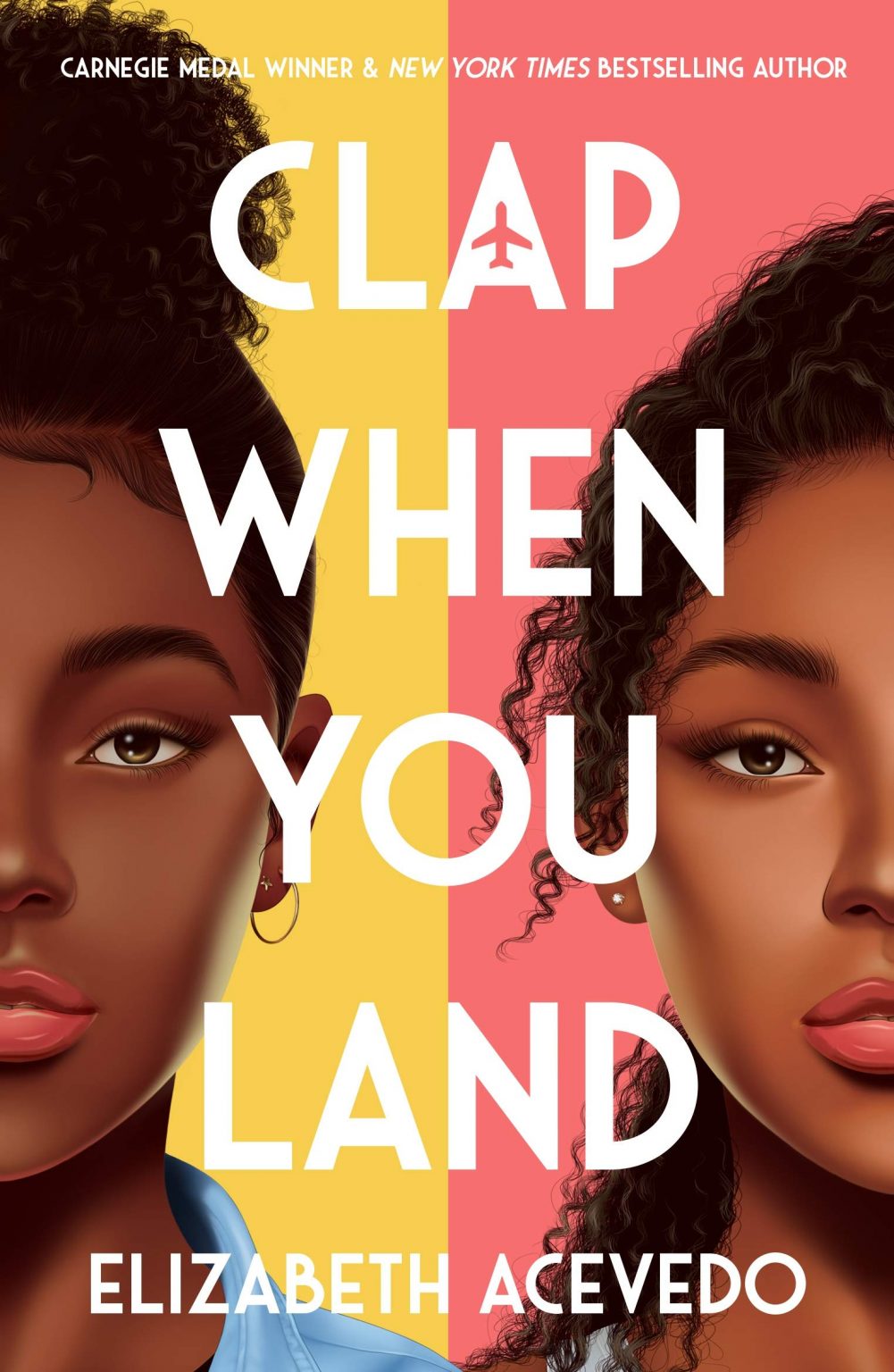 Clap When You Land is Acevedo’s second book in verse and honestly her writing is so stunning. I just love the language used, the way it is written, how it is set out on the page, the meaning behind everything. It is so addictive, and I would even say magical. I, also, really liked the topics this book covered from the sisters, to learning family secrets when it feels too late, grief, belonging, identity, money and more.

There was a lot of heart and love in this book as well as sadness which is highlighted more so when you know what events inspired this book. The only downfall for me was I felt like it took a little while to get going and I found the second half a lot stronger.

This is the highest rated book out of the 100 I read last year so maybe that will convince that this book is worth picking up. It is a graphic novel that follows Tiến, who is struggling to communicate with his parents as they struggle with their English and he isn’t sure how to tell them he is gay in Vietnamese.

It really a powerful and tender graphic novel that touches on a lot in subtle ways which all connect to create these elaborate emotions that come straight off the page. I think the feelings and use of stories/fairy-tales to relay the emotions was really effective and clever. Plus, the use of the BEAUTIFUL art and colours adds even more to the story telling process. Overall, a really heart-warming, magical story that I definitely recommend.

I just realised I’ve yet to talk about this book on my blog so I’m glad I finally am. It is Alice Oseman’s story as Georgia begins attending university and she contemplates her sexuality and what it means to be asexual and aromantic. I think this book was very much a personal self-discovery book as it was certainly tentative to her different emotions and how she handled learning new things. I did appreciate the personal depth to this story, but I do think it made it a slower read at times, especially in the first half.

I did absolutely love the friendships in this and the light that was shone on them. I think my favourite characters were easily Rooney, Jason and Sunil.

Rent A Boyfriend by Gloria Chao

I really do love Chao’s contemporaries. I love the imperfect family parts, the soft romances, the humour and the writing. There is something very addictive about reading her books (which is good as this is quite long for a contemporary).

As you can tell from the title, this one involves fake dating and what I really loved about this story was the way it was centred around family as Chloe hires a boyfriend to stop her parents pushing another boy onto her. I think this situation brought together the antics of pretending you’re a couple with the high emotions of lack of communication and understanding between family members. I think it balanced the fun, sweet moments with hard, heart-breaking ones really well. I loved Chloe as a character, and I think it had an important message throughout the novel so I definitely recommend. 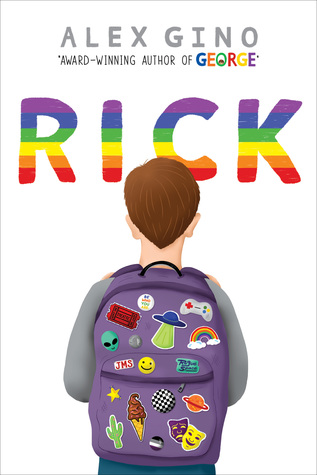 Once again, I was checking out more middle grade books and this was a really important and beautiful book. We follow Rick (unsurprisingly) in *I don’t understand the American school system* middle school (what age is that? 8? 12?) as he comes to terms with his sexuality. What I really like about this was how it was able to show the meaning of what support means for queer people. It was able to do that through the use of community, looking at harmful friendships and through his relationship with his grandpa which I think was a really special touch.

The only thing was I felt like everything was a bit spelled out for me as it is directed for younger audiences so whilst it was a drawback for me, I think it is a massive plus for the book. I honestly wish every middle grade student could read this book.

This book sets up with our main character discovering she has magic, which people are discriminated for in her country, but it turns out she has the only type of magic which could help save them from the growing deadly forest. Now this kind of gives off a ‘typical’ YA fantasy set up, but I think it had a lot of standout qualities too.

I loved the atmospheric writing which gave the book such a creepy setting which was one of my favourite things about it. I, also, really liked the Spider King, just the way he was written was engaging. Many of the secondary characters felt strong too and in the later parts of the book it had themes of balancing war, hatred and political strategies so I think it ended really strongly and I can’t wait to see where it goes.  I would have liked to feel more connected to our main character and it is slightly predictable but it was still a great first book in a YA fantasy series.

These Violent Delights by Chloe Gong

I want to say this is a hyped release, but it sometimes can be hard to tell ‘is it hyped, or it is just the people I’m following?’. Anyway, what I mean to say is I’ve seen a lot of love for this book and I can understand why. I loved the development of the romance, the angst, the side characters, the writing and the setting. It was a very enticing and thrilling read that I’m proud to say I read in one day.

I wouldn’t say the mystery or monster element was perfect, but I still appreciated that aspect as it was still captivating and it did strengthen other parts of the book such as the romance, the divisions and the politics. I am very eager to get to the sequel though as I *need* it.

That’s a round up on all the 2020 releases I read last year. I still have many I would love to get to as there were a lot of great books that came out. Honestly too many to list but I know Cemetery Boys, Raybearer, A Neon Darkness and Girl, Serpent, Thorn are at the top of that list.

Have you read any of these books? What did you think to them?

What was your favourite release of 2020? Which ones are still on your TBR? 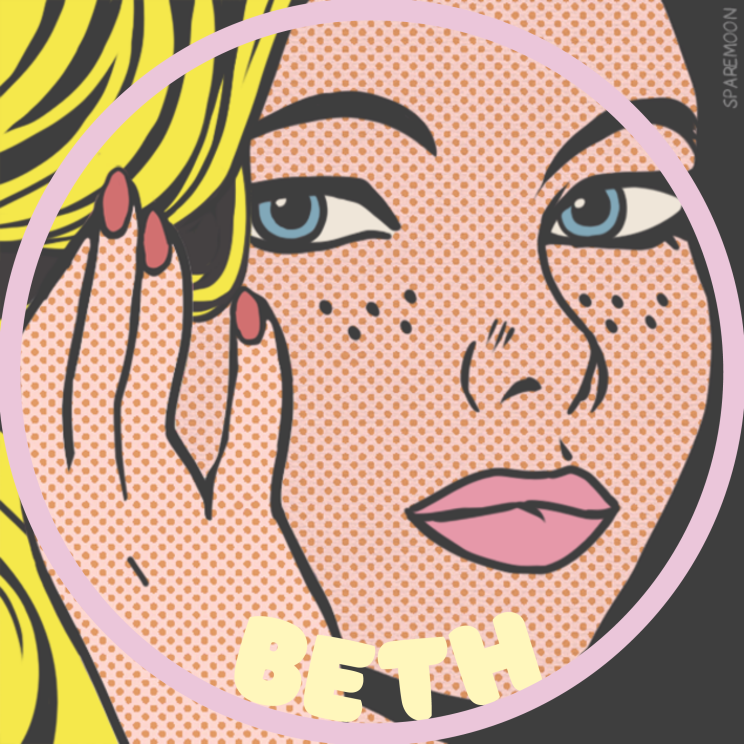